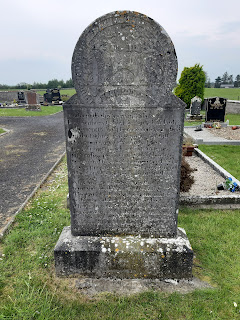 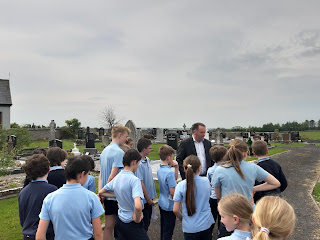 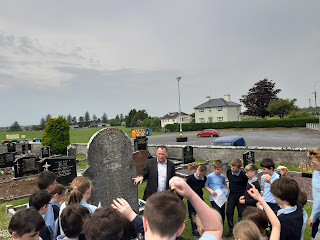 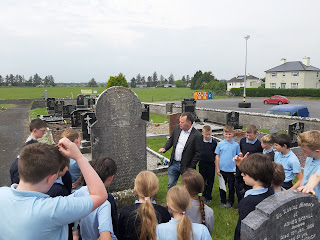 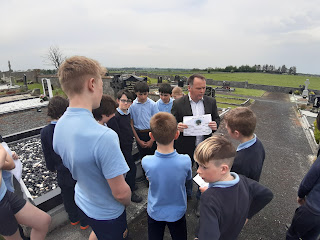 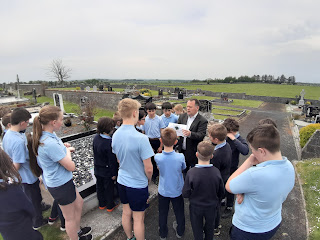 Last week, the senior class visited Kilrickle graveyard with history expert; Martin Curley. Martin has been helping the class for the past number of weeks with our investigation into our family trees. Many of the graves in Kilrickle's graveyard belong to the families that currently attend our school. By examining the information etched onto the headstones of graves much information can be obtained about our family history and our deceased relatives. This information will then help us complete our family trees and in some instances unearth many fascinating stories about family's past.

One very famous grave in Kilrickle's graveyard is that of Anthony Daly; a Ribbonman or Whiteboy during the 1800's. Riboonmen and Whiteboys were organisations that objected to landlords' treatment of farmers and tennants at that time. After some ‘outrage’ against a local landowner, Anthony Daly, a journeyman carpenter from Kilrickle, was arrested because of his membership of  the Whiteboys. Even though it was widely acclaimed that he was innocent, he was hanged as an example to all. On the way from the court in Galway to Seefin near Craughwell, for the hanging he travelled on a cart and sat on his own coffin. The people called out to him, in Irish, to jump down and that they would hide him and even some of the soldiers who were Irish shouted out that they would only fire into the air, if he ran but he declined in case of reprisal against the people. Anthony Raftery; a famous Irish poet who witnessed this event, composed a poem in praise of Daly - Antoine Ó’Dálaigh.   He called him a  ‘good tree that wouldn’t let any branch of it fall to the ground’, meaning that he did not renege on his companions.